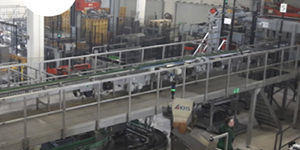 Category: Projects11 May, 2018
Share This Project
Share with FacebookShare with TwitterShare with Google+Share with PinterestShare with LinkedIn